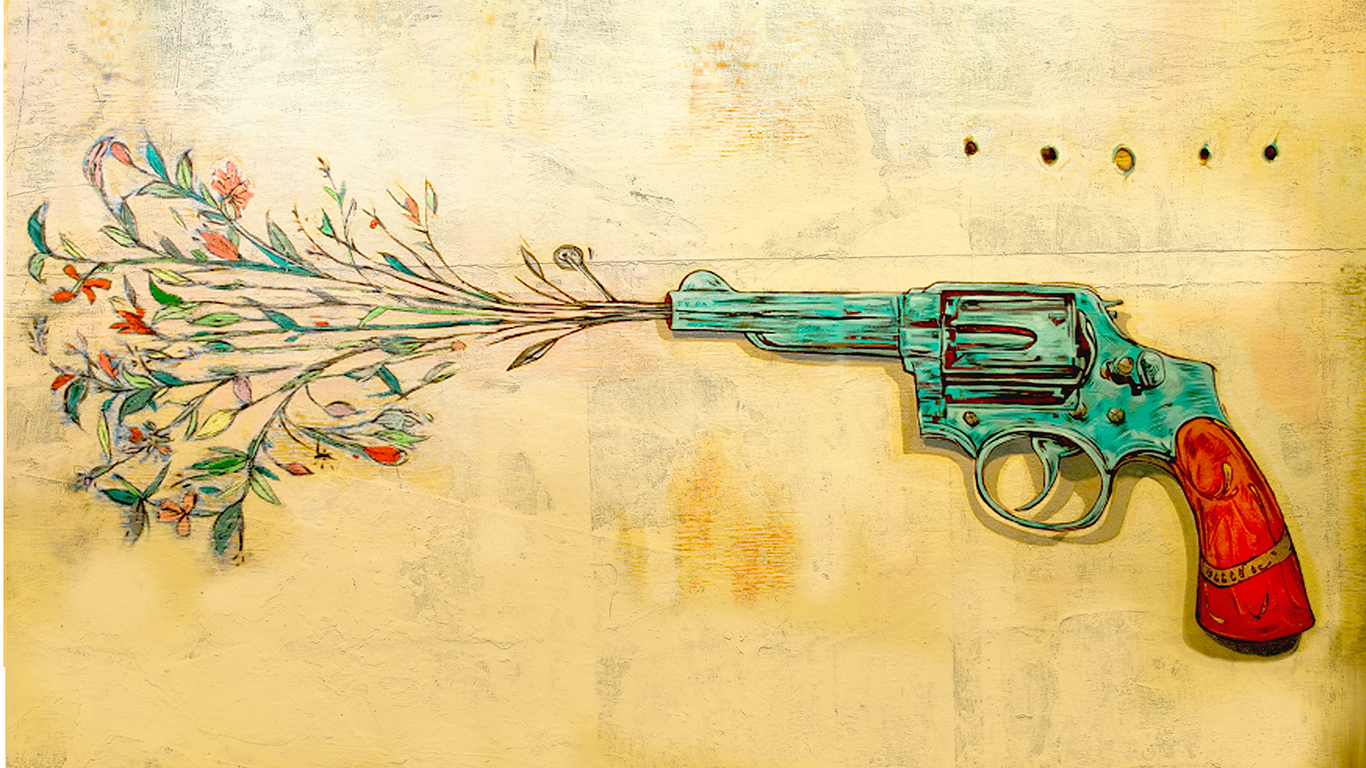 When asked about his most exciting artistic accomplishment, Boone-based painter Tommy Lee McGee (aka Sir Tom Foolery) doesn’t hesitate: It was an invitational exhibit, The Art of a Political Revolution, in April 2016 in New York City. Organized by the Bernie Sanders presidential campaign, the nationally touring show exhibited works that spoke to issues of income inequality, climate change, and other hot-button topics. Inspired by a playing card, Lee’s piece juxtaposed Sanders’ visage with Donald Trump’s, portraying their differing ideals.

What made the experience so memorable for Lee was the chance to meet Sanders, who he didn’t know would be in attendance. “I thought the secret servicemen on every corner were supposed to be performance artists,” he says, laughing. Sanders attended with his family, and in the end, Lee donated the original painting to the Sanders campaign to help with fund-raising efforts. It’s just one example of how the prolific artist uses his creative talents to make statements, build connections, and give back.

For much of Lee’s art, the desire to present symbolic statements about social injustice drives his creative spirit. One series, Kill’em with Kindness, weaves a narrative about people and icons who’ve given rise to freedom movements, while another uses Peanuts gang characters to playfully touch on topics of race and cultural differences. Non-confrontational elements, such as military tanks sporting vintage-pattern prints, strike an intriguing balance to otherwise heavy subject matter. “If I’m going to bring something to the table that’s so bitter, I’m going to present it in a way that’s more gentle and less preachy,” says Lee.

Other works are less overtly about social commentary and more about connection and relationships. By donating many of his mixed-media paintings, either in full or in part, Lee has built many connections. He’s personally gifted pieces to a handful of his music idols, including humanitarian soul rocker Michael Franti, soul singer Charles Bradley, and hip-hop artist Talib Kweli. And a portion of proceeds from a recent exhibit are going to aid Boone-based nonprofit Wine to Water, which operates clean water initiatives in countries around the globe. With a sponsorship from Boone supplier Cheap Joe’s Art Stuff, Lee has also orchestrated collaborative painting projects through Appalachian State University and at such places as the LEAF Festival in Black Mountain.

Even with such a prolific body of work, the outgoing 33-year-old has other avenues of expression. Raised and educated in art schools in Miami and Atlanta, and now living in Boone for over six years, Lee is a spoken word artist, creates logos and other graphic designs through his business Package Design Media, and serves as the creative director for Appalachian Mountain Brewery, designing all of its packaging and marketing materials. He seems to know just about everyone in Boone, and they him. And in his playful, foolery fashion, he even has a pet potbelly pig named D.O.G. You might say it’s all an extension of Lee’s vibrant, fun-loving personality and desire to make the world a better place through creativity.

On View: Lee’s art can be seen at www.sirtomfollery.com